Formed in Cariacica (and now in Vila Velha), Espírito Santo - 1994. The band Await Rottenness started back in 1994 playing a Raw and Primitive Black Metal. The same year the demo tape Dominium Lugubre was released and quickly vanished in the underground. In the early year of 1996, the band members decided to stop working together because of personal problems and then broke up all activities. Only in 97, with a brand new line-up, they returned with 2 demos, Cursed to Die and Perishness, delivering a true Old School Death Metal songs. These 2 demos opened the way for some live presentations and a good divulgation of the songs in the Brazilian metal scene. After another line-up change, in 1998, the epic CDR called Pagan Soul, was released thus leading to a very good path to the band, receiving good acclamation by mags, zines, radios and public in Brazil and overseas as well. At that time, the band started to call the atention of some metal labels. The year of 2000 was marked by many changes in the line-up again. A compilation CDR with the demos and some unreleased tracks was out, but failed to be successful because of many problems with the band at that time. Only in the end of 2001, the band was back strong together. With new songs recorded, they finally signed with Demise Records, a Brazilian extreme metal label and in 2005 brought up to the scene the CD Chaos Eternal, featuring an intense, raw and insane old school Brazilian Death Metal, made only for the true followers of this style. Formed in Belo Horizonte, Minas Gerais - 2006. When a city becomes a milestone on the history of metal, we know that many bands come out from there in a generation full of new ideas. Ideas which don’t get lost along the way, but evolve and adapt, heading to the future. This city transpired and respired the best of extreme metal and from it has grown the most memorable bands of Brazilian extreme metal. Nowadays we can hear the echoes of riffs of bands like Sarcófago, Overdose, and many others. Belo Horizonte is the name of this city, hometown of the most succeeded Brazilian metal band, Sepultura. From the same flesh, the strength of the blood flow continues and still today, can generate a band that not only take care about its predecessors, but bring innovative ideas to search for a place on today’s metal scene. We are talking about Avoid the Pain, formed in the end of 2006 by guitarist and vocalist Rodrigo Arruda and drummer Pedro Leão in Belo Horizonte, Brazil. The band has as main influence the contemporary Death Metal bands, such as In Flames, At the Gates and Dark Tranquillity. Other musical styles that influences the arrangements and themes are the Contemporary Thrash Metal, for example Lamb of God and The Haunted and Doom/Gothic Metal as Sentenced and Amorphis. The name Avoid the Pain may has two meanings. The first is related to the fact that human being overestimates little things and, when they lapse, it causes pain. And one way to avoid this pain is always think that, living that way, after the death your life has meant nothing. It is a name that causes reflection. Another meaning can be assigned to those situations in which a person thinks his life is empty, useless and only means pain. Trying to avoid the pain, they end up in search of death as a solution. These meanings can be found in the themes of the songs that deal also with human nature: fear, introspection, thinking gloom, dark, which are not brought to the surface to cause outrage in us and in others. In the year of 2006, with some compositions already made, Rodrigo and Pedro invited Lucas Oliveira as additional guitarist. Bassist João Marques joins the band in the beginning of 2007 and, until the middle of that year, Avoid the Pain passes through a process of practice sessions and musical composition. After some gigs in the capital of Minas Gerais and with a increasing number of compositions, the band records its first EP in April of 2008. Despite the fact of …About Blades and Graves contains only 3 tracks, the well done production helped to obtain a great recognition among the media and audience. Hence, the EP crowned the 18 months of band’s work. In the beginning of the second semester of 2009 the band starts the process of recording of its debut album, Death Bullets Dead End. The record, mixing, and mastering occurred at WZ studios. Was produced by Alan Wallace and Andre Márcio, both members of Eminence. Predicted to be released in September of 2009, the album is expected with anxiety by the specialized media. 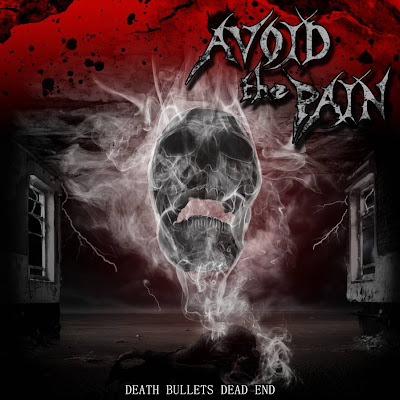 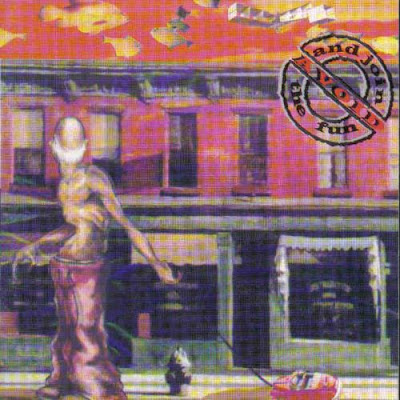 Formed in Belo Horizonte, Minas Gerais - 1998. Formed in early 1998, Avitus is one of the first bands in the state of Minas Gerais to play in the style known as "melodic power metal." Moving away from the good old custom metal exploring the fictional universe of the legends, folklore and Greek and Norse mythology, the Avitus opted to try to portray some of the mining history (in its most representative period - the time Golden Cycle Gold) , as can be seen in the band's lyrics. Sung in tone unusual for this style of Heavy Metal, the letters of Avitus are not just about history, are also a humble praise to the eternal thirst for freedom of mankind, as we hear in Midnight Whispers (portraying a fictional secret meeting of Conspirators) , I used to ... (A love letter from an idealist trapped), Gilded Dreams (on the fascination for gold in the visions of a pioneer and a slave), Rebels' Eyes (an appeal against conformity) and After All (a final reflection on the results of the Minas Conspiracy). Despite already having found its own identity in relation to its sound, the Avitus still keeps some similarities with some of his major influences: the Finnish bands like Stratovarius and American Nevermore, among other more traditional, which are honored by the band with the inclusion of versions of some of his songs in his repertoire of covers. After a few lineup changes, the Avitus debuted in September/99 studio, recording two songs: "After all" and "I used to ...". Both are being rewritten (now counting on the production of Claudio David _ex-Overdose, EletriKa) and together with seven other songs will be part of the first official recording of Avitus, a full CD to be released in 2002. Among them are gilded and DREAMS REBELS 'EYES, the first two to be completed and that the latter is available for download on the official website of Avitus. Both have already marked their presence in anthologies such as Soldiers Rock and Rock Brasilis 6. The two tracks are part of the mini-cd entitled "preceding ...", which is scheduled for completion in December 2001, giving fans a taste of what's to come. Formed by Jorge Cotta (vocals), Elvis Ciseski (guitars), Richard Squair (guitar), Renato Kojima (bass), Omar Cardoso (drums) and Gustavo Ivon (keyboards), the Avitus looking for a record deal, doing justice to your name, boost higher flights. 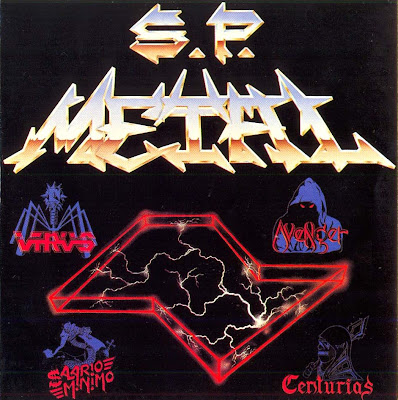 Means: WITH SADNESS [in French]

Formed in Rio de Janeiro, Rio de Janeiro - 2000. Created in 2000, Avec Tristesse was already releasing its debut album "Ravishing Beauty" in 2002 via Hellion Records. In 2004 the sophomore album "How Innocence Dies" would see the light of day yet again through hellion records. The music this band puts together is a blend of styles ranging from extreme metal to modern rock. Some have classified them as Dark Metal, but this is not entirely accurate. Growls and clean vocals are always present, with occasional female voices. Fans of My Dying Bride, Anathema, Katatonia and Opeth usually appreciate their music. Inspired by their own experiences, emotions and feelings, the songs and lyrics always tend to follow a path of originality and emotional contemplation. Formed in Londrina, Paraná - 2008. The band Ave Noturna was founded in Londrina, Parana in early 2008 by Marcelo F. (vocals), Rodrigo Freitas (guitar), Rosana Freitas (bass) and Romulus Daniels (drums), all graduates of the former Mission Metal band that took part in the beginning (2005) to end (2008). Even in early trials, Danilo Cassant enters as the second guitarist and the band is fixed as a quintet. At the end of that year, they recorded "Metallic Path", the first demo of the Ave Noturna, which contains 3 sounds themselves (Metallic Path, Rua Antares, 286 and the Egyptian Resurrection of the Legend) and the cover of War Games, the Minimum Wage. This material achieved a headbanger excellent public response, despite the poor recording quality and poor dissemination of the material (for financial reasons, the demo was only released on MySpace and blogs to download) the CD was not sent to any communication vehicle, too. In 2009, the band enters the underground circuit and presents concerts in London, Piracicaba and Ourimbah (twice), always with the audience waving and singing along to the sounds. At the turn of the year, Romulus and Daniel left the band due to disagreements regarding the future of it, and then formalizes Ave Victor Oliveira as the new drummer and close formation as a quartet. In the month of March is the time for Rosa to leave the band due to personal problems, leading to Ademir "Teco", former lead singer of Mission and current lead singer of Metal Attaque 80, and now covers four strings on the Ave's plans Night Bird for 2010 are to continue on the road and make new sounds for the launch of a new demo, which this time will have a better record, as well as distribution and dissemination appropriate, always with the intention to play Heavy Metal in Portuguese, as well as High Voltage, Minimum Wage and Harppia did. Formed in Paço do Lumiar, Maranhão - 2000. Ave Lucifer was risen in 2000 between the chaos and lust to spread the Satanic Pride in this fucking world. In the first few years the cursed black horde Ave Lucifer had many troubles with line up, but in 2002 the Ave Lucifer finally have the line up stabilized with Blasfemo Sargatanas (vochaos), Imperador Naberus (666 strings of hate and darkness), Inferus Baruk (demoniac holocaust in four fucking strings) and Oculto Biemô (devilish war hammer), with this line up the great horde of evil Ave Lucifer release in 2004 a first official demo called, “O Fruto do Mefistofelismo” that is a material with five hymns of pure and chaotic Satanic Black Metal. In 2007 Blasfemo Sargatanas left the Satanic empire of Ave Lucifer for personal reasons. So Ave Lucifer shows a new and destructive line up with: Imperador Naberus (vocals/guitar), Inferus Baruk (guitars and bass) and Oculto Biemô (drums). In the same year the mexican Black Metal label called, Hell Kommando Rec. release a Satanic and Underground alliance between Brazil and Mexico in form of a 3 way split with Ave Lucifer, Naastrand and Pagan Wrath. The Naastrand and Pagan Wrath are two great hordes from Mexico. In 2008 Ave Lucifer release a second official demo, this new Satanic opus is called, “Profanos Segredos Noturnos”. In this new release, the Ave Lucifer shows the form most Satanic, Brutal, Chaotic and Destructive of the old and true Satanic Black Metal. “Profanos Segredos Noturnos” are four demoniacal hymns full of violence and darkness in total honor of Satanic Pride. It’s a new rape against worm christian shit!!! In 2009 the japanese Label Deathrash Armageddon re-released the Bestial Attack "Profanos Segredos Noturnos" in MCD format. In 2010 Oculto Biemô left the Satanic empire of Ave Lucifer for personal reasons and A. Sadat 666 is the new diabolic war drummer.